In just a matter of days and/or weeks, the first new lines of Star Wars action figures of the year will be showing up in the US. Both new series, The Black Series (TIE Pilot) and Saga Legends (Rebels), will be mirroring the same price points their predecessors of the same name established. The pricing of these lines have challenged the recent trend of action figure inflation and From 4-LOM to Zuckuss will be exploring this new development with a multi-part series simply titled “Action Figure Inflation”.  Part 1 “The Figures”, is just that, we begin with a look at the pricing of Star Wars action figures since their inception in 1977 (1978 technically for the single carded figures). We’ll be bring you our analysis of this data in Part 2. 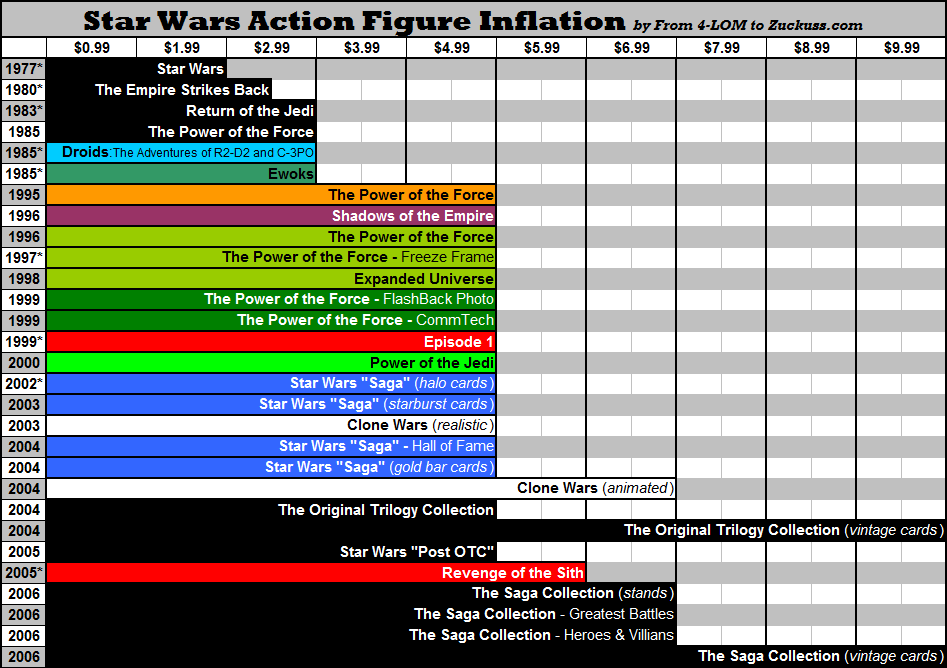