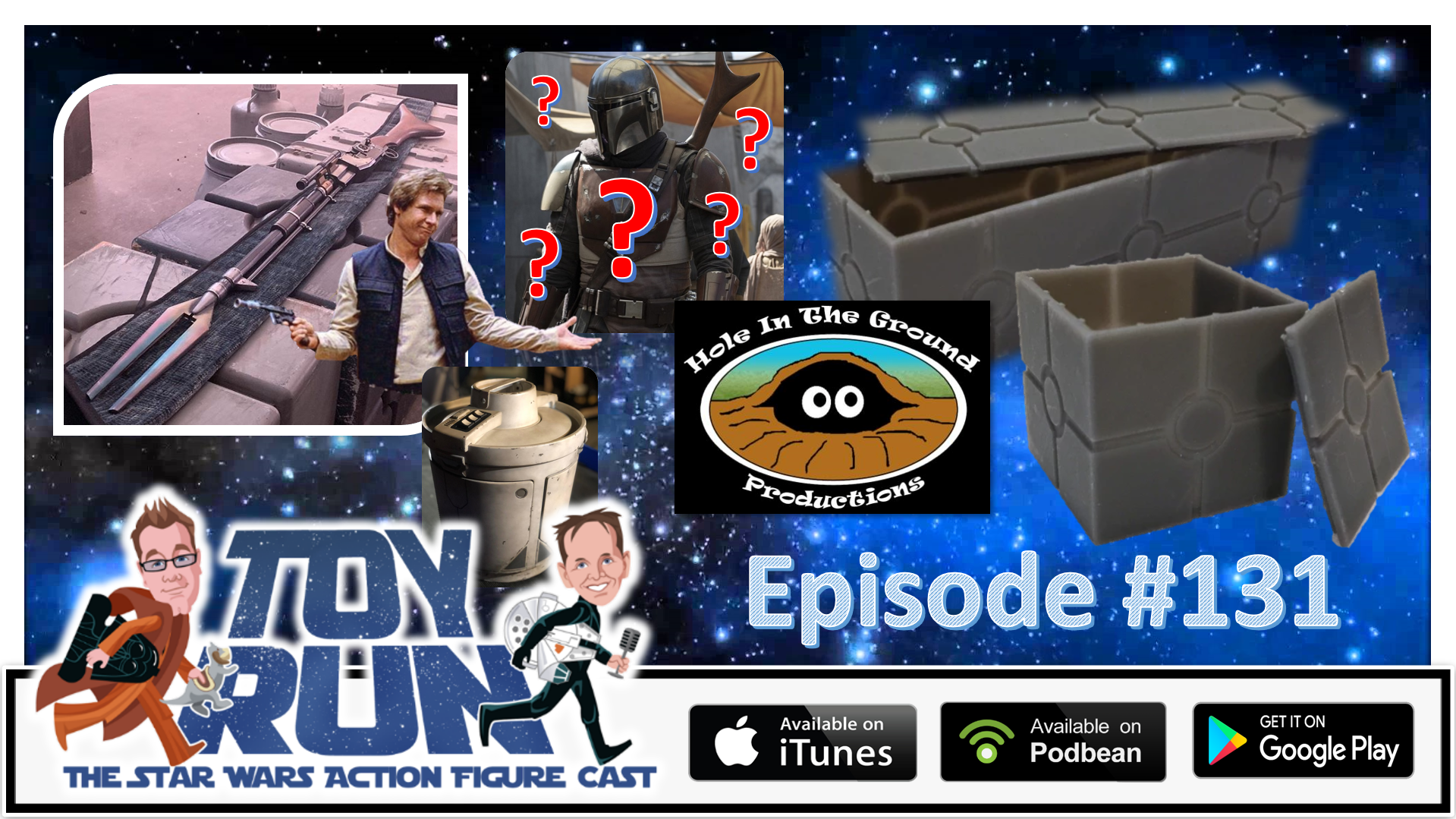 On today’s episode of Toy Run, Criz Bee and Jake Stevens talk about The Mandalorian TV show and if we’ll see Hasbro support the series with an action figure line. The hosts also discuss the week’s toy run finds and all the Star Wars action figure news which has come out in the past seven days. Later in the show, Eric Berry from HoleInTheGroundPro.com stops by to talk about his company and current Indiegogo campaign. This is yet again another episode of Toy Run not to be missed. Listen now and get caught up with all the Star Wars action figure news!

We’d love to hear from you! Now you can call the TOY RUN Hotline at (971) 231-9307 to share your Star Wars finds, questions and action figure stories with the rest of the T.R. Nation!

You can join the TOY RUN community on our Facebook page for the latest on Star Wars action figure news at www.facebook.com/groups/ToyRunPodcast/

If you want to help grow TOY RUN, please consider leaving us a review on iTunes but most importantly, good luck on those toy runs!