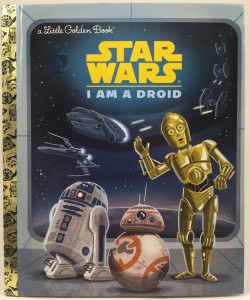 Last year Random House Kids began releasing all-new Little Golden Books based on the Star Wars universe. The first wave of books featured movie adaptations of the saga. Following the release of The Force Awakens, a seventh adaptation was released.

The next and newest wave centers around a series of “I Am a ______” books. In the book entitled Star Wars: I Am A Droid, written by Christopher Nicholas and illustrated by Chris Kennett, a familiar dark blue square droid appears.

Kenner’s Power Droid from their original 21 line can be found on the third to last page making this the most recent Kenner cameo to date. 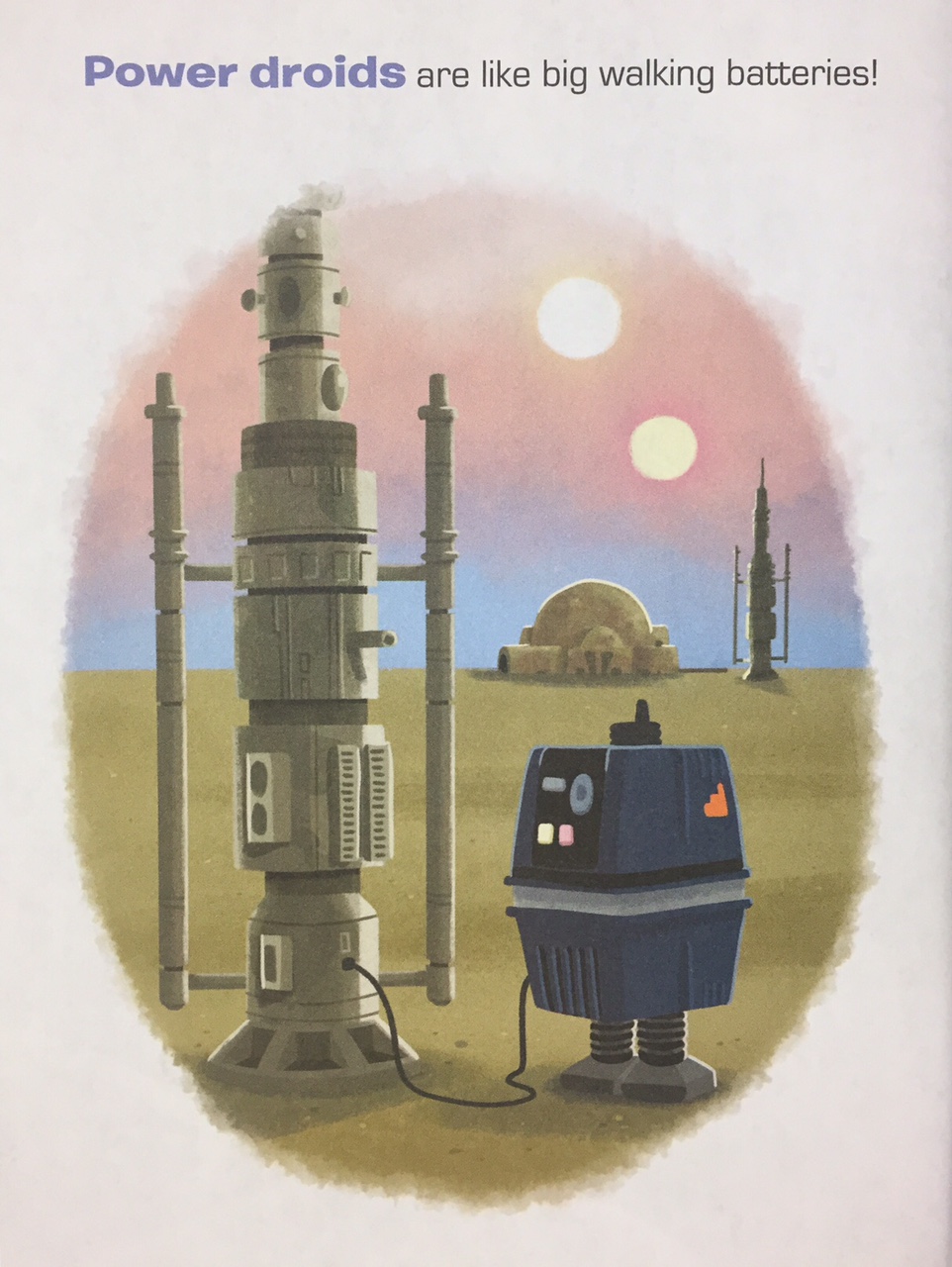 This illustration is distinctly a tribute to Kenner’s action figure as the actual “Gonk” droids whom appear in the film look very dissimilar to the figure below. The suspected inspiration for this droid from A New Hope appears briefly in the Lars Homestead and it too has very different characteristics from the vintage figure.

Make sure to check out other vintage appearances in The Kenner Cameo Chronology. 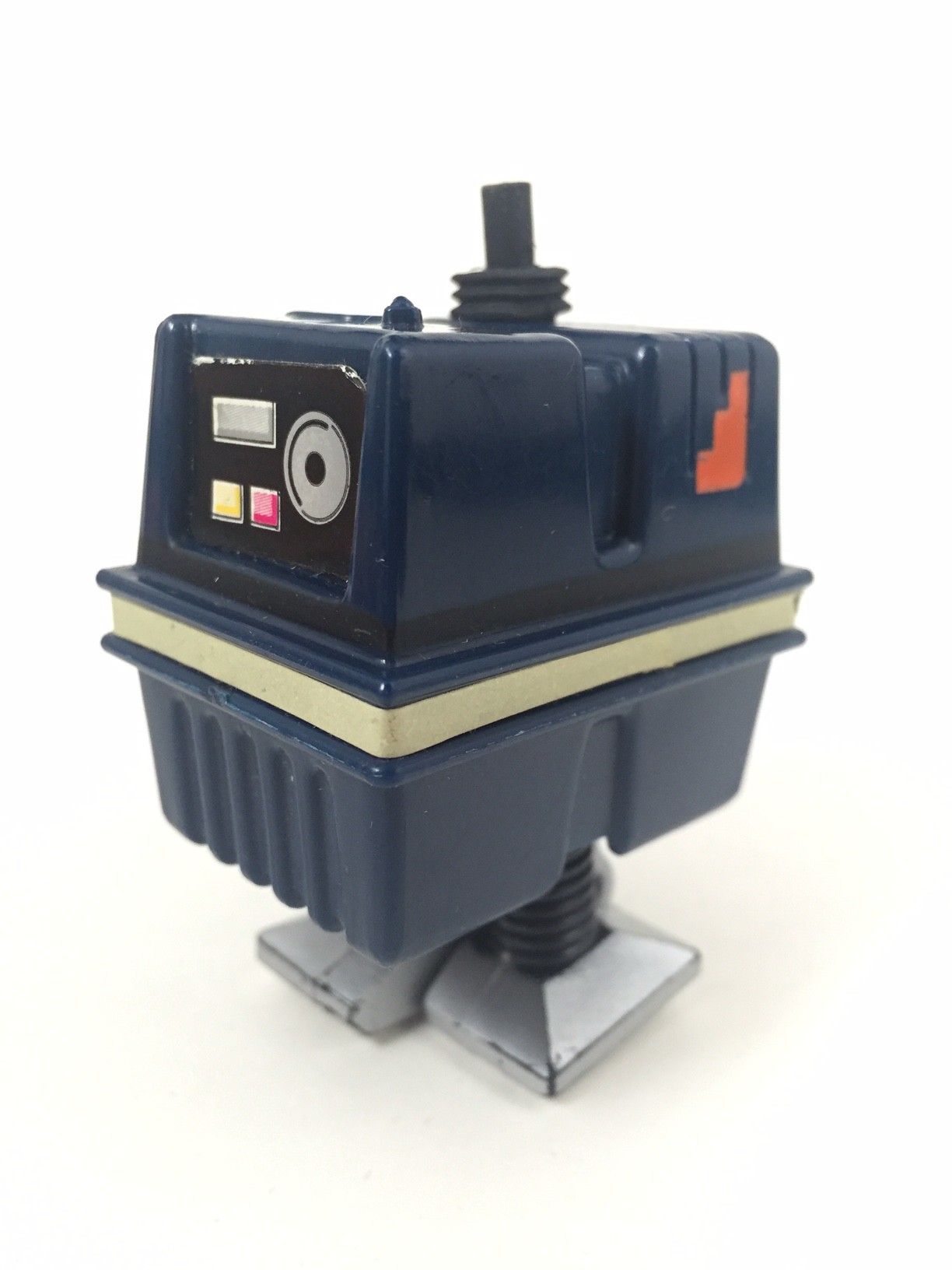