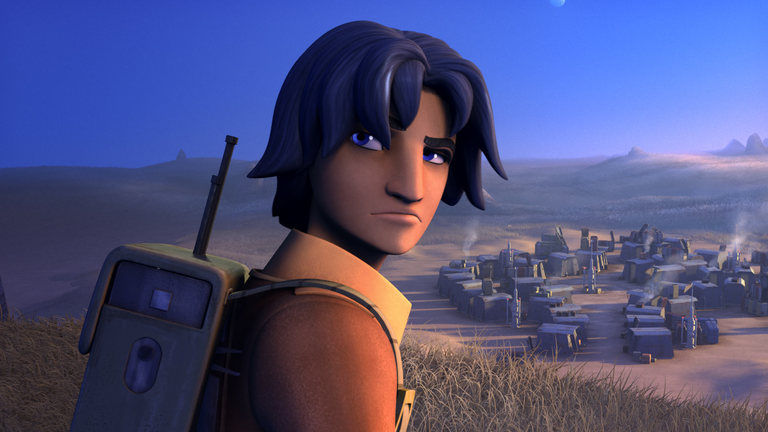 Now before we begin, let the record show that we are completely fine with the possibility that Star Wars Rebel’s Ezra Bridger does not pan out to be the Supreme Leader of the First Order.  The point of this exercise is to point out the numerous similarities we have found these two characters have in common.  Now since their similarities have continued to increase since last month’s debut of Season 3 of Rebels, we felt it was due time to make our full case.  And since the fate of Ezra nor the identity of Snoke has yet to be made known, this is entirely an exercise based on observable speculation.  The information covered in this theory stem from The Force Awakens film and novelization, Seasons 1-3 of Star Wars Rebels and a quick review of Snoke’s entry on Wookiepeedia.com.

Our theory, that the Rebel Jedi-in-training will evolve into the founder of the First Order, first began ten months ago with the debut of the mid-season trailer for Rebels’ Season 2.

We’ve continued to add to this theory on social media and on our podcasts as new episodes of Rebels have provided more evidence.  We have persisted in our theory as Star Wars is known for providing the backstory for many of its characters. The Prequel Trilogy centered around Anakin’s story as a youth as well as Palpatine’s. Both Clone Wars based series centered on developing their stories and thoes of Obi-Wan and Padme’ as well.  Even more modern characters such as Rey and Jyn Erso are assumed to have their backstory’s shared as they both appear as children in their respective films.  And let’s not forget Han Solo and Lando Calrissian will have their story told later this decade. Heck, even the Droids cartoon told of the adventures of 3PO and R2 prior to A New Hope.  As such, by having Rebels tell the story of Snoke’s fall that would lead to the formation of the First Order would be in line with past Lucasfilm storytelling and give the series more depth than just the creation of the Rebel Alliance.  Let us also not forget the story of The Force Unleashed which centered on a character involved with the creation of the Rebel Alliance at the hands of the Sith Lords.

And yes, before those who dislike the theory that Ezra is Snoke and desire for Snoke to be nothing more than himself, know that we understand the need for that simplicity and respect your position.  We also are fully aware of and understand Lucasfilm’s position on the theory as evidenced by the very funny Steele Saunder’s infamous sticker. 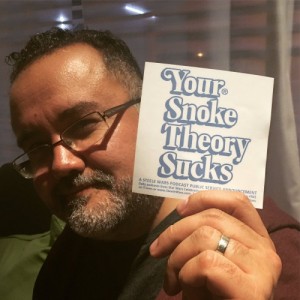 Exhibit A: The Rise and Fall of the Galactic Empire

Ezra Bridger was born on Empire Day, the day Palpatine initiated Order 66 which gave birth to the Galactic Empire.  Ezra not only saw its rise to galactic dominance but felt it on a personal level.   Snoke too is said to have seen the rise of the Empire and as he clearly was alive in the 30 years following Return of the Jedi, he obviously witnessed the end of the Empire as well.

Exhibit B: The Light and the Dark Side 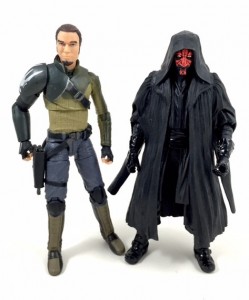 Prior to his battle with Darth Vader, Ezra stumbled upon a crossguard lightsaber in an ancient Sith temple.  Years later, under Snoke’s guidance, Kylo Ren fashioned a similar ancient style of lightsaber featuring a crossguard.

When Yoda sends Ezra to Malachor to face Darth Vader he does so in a Sith temple, which when activated contains enough power to destroy life through a red energy beam projected into space.  Years later, the First Order, under Supreme Leader Snoke’s leadership, created Starkiller Base, a planet size weapon able to destroy multiple planets at once with red beams of dark energy. (Editor’s Notes: Image goes to EW.com’s Anthony Breznican). 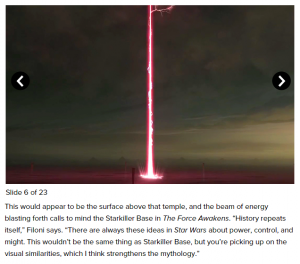 Both Ezra and Snoke deal with failure in similar ways.  For example, when Ezra botches his first mission on Naraka as an officer in the Rebel Alliance, he becomes angry before calming to focus his efforts on using a Sith Holocron to become more powerful and handle future situations personally.  Snoke too becomes angry when learning of Ren’s failure to mind probe Rey before calming to provide instruction to bring the scavenger to him so she may be trained by him personally.

As Supreme Leader, Snoke is a military commander of the First Order and is said to have much experience. Ezra eventually earns the rank of Lt. Commander within the para-military Rebel Alliance and learns from not only Clone Wars veterans Rex and Ahsoka but Rebels Hera Syndulla and General Sato.

Throughout his interactions with Inquisitors, Ezra has begun to collect facial scars as a result of his battles.  Snoke, who obviously has some experienced some extreme injuries himself, bears multiple deforming scars on his face. 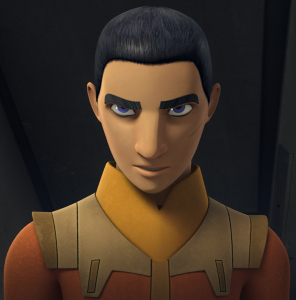 Exhibit H: Manipulation through the Force

The evolution of Ezra from street rat to Rebel has shown the Padawan has the ability to reach into the minds of many types of species to manipulate their actions or thoughts.  Snoke’s apprentice Kylo Ren uses similar methods on members of the Resistance both by controlling their actions and probing their thoughts.

Princess Leia was fully aware of Snoke’s Force power and interest in her son Ben in the years leading up to the destruction of Starkiller Base.  Princess Leia, many years earlier, met Ezra Bridger on Lothal and witnessed his Force powers while fighting off Imperial Walkers. 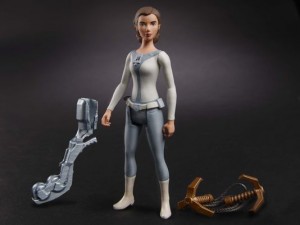 From our first introduction to Ezra, he as portrayed a great interest in the wearing and collecting of Imperial helmets.  Snoke’s apprentice frequently talks to the burned remains of his Grandfather’s helmet which must have been collected years prior to Kylo’s birth. (Editor’s Note – Credit to Adam Giles (UK Scavenger Podcast) for bringing this to our attention.) 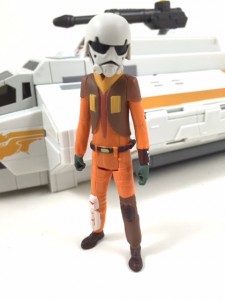 When Ezra and Maul looked into the depths of a combined Dark and Light side Holocron, the Jedi Padawan states seeing that the key to the destroying the Sith is connected to twin suns.  This reference is obviously referring to Luke Skywalker as he lived on the twin sun-having-planet of Tatooine and ends up destroying the Sith.  Snoke shares an interest in Skywalker as well, as he purposely sought out a member of his bloodline to use to destroy the Jedi-in-training program Luke created in the years following the fall of the Empire.  While his motivation for this is not yet clear, we can assume as he believes in the balance of the Force, create Lightside Jedi after the Darkside had fall seems to be a potential distortion in power. 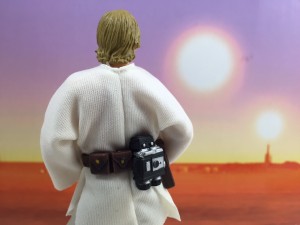 Exhibit L: Being the Bendu

Ezra Bridger has learned from more than one source about the middle ground of the Force.  Ahsoka Tano, Anakin Skywalker’s apprentice left the Jedi Order to exist as simply a Force-user.  The Old Master told him of his rejection and abandonment by the Sith. And finally, the Bendu tells Kannan and his apprentice about being the middle of the Force, who can access both sides of Light and Dark.  Snoke’s interest again was focused on the fact that he had a perfect balance of Light and Dark. 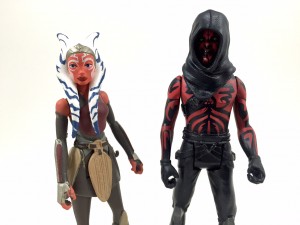 Exhibit M: On the Move

As a war orphan thanks to the Galactic Empire, Ezra grew up without a permanent home.  Spending time in abandoned communication towers, his residence also did not solidify when with the Ghost’s crew and the Rebel Alliance the use of permanent bases was not conducive to being hunted by the Empire.  Snoke too does not keep a permanent residence and choose to stay fluid by traveling throughout the Unknown Regions.

Ezra Bridger not only has faced defeat at the hands of Lord Vader on multiple occasions but also witnessed him “destroy” one of his mentor’s, Ahsoka Tano.  Snoke’s goal in the time following the Battle of Endor was to destroy Vader’s son. 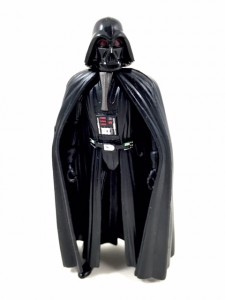 Exhibit O: Distrusting Those in Charge

Ezra Bridger’s dislike for the Empire, which controlled the galaxy during his youth, can be traced to multiple factors. Whether it is due to the Empire imprisoning his parents, him being continually hunted by their Inquisitors and agents, his defeat by Vader, the occupation of his home planet, the list is fairly lengthy and paints a clear picture of his feelings for those who had control and distrusted the order of the galaxy.  The Supreme Leader shares a similar distaste for the New Republic and its fledgling defense force The Resistance.  As the galaxy, under the control of Republic, begins to become politically corrupt in ways the Empire had, Snoke gives birth to the First Order to restore balance and order once again the galaxy.

Throughout his adventures with Captain Rex and his fellow clones, Ezra Bridger learns of the programming which was used to make them dedicated and capable warriors.  He also learns of the programming that took place within their adversaries, the Battle Droids, during the Clone Wars.  Although abandoned throughout the Empire and the New Republic, Snoke begins again a variation of trooper programming within the First Order by having every Stormtrooper trained from birth while being exposed to obedience propaganda toward the First Order and the Supreme Leader himself. 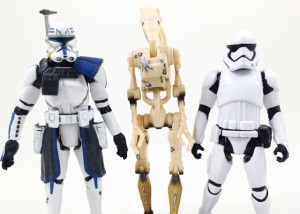 Let us know what you think!

So there it is folks, in full detail, 16 reasons we believe Ezra Bridger will turn into Supreme Leader Snoke.  We would love to know your thoughts on the subject.  Do you agree or disagree and why? What did we miss? What holes can you poke in our theory? Let us know on our social media pages but do know that by simply saying “you disagree because we are stupid”, while it might be true, it is not the type of discussion we are looking to entertain and we’ll judge you for it.

We’ll make sure to update the site as more revelations come to light or we are totally proven wrong but until then,