TOY RUN Episode #54 – The One Before Celebration Orlando 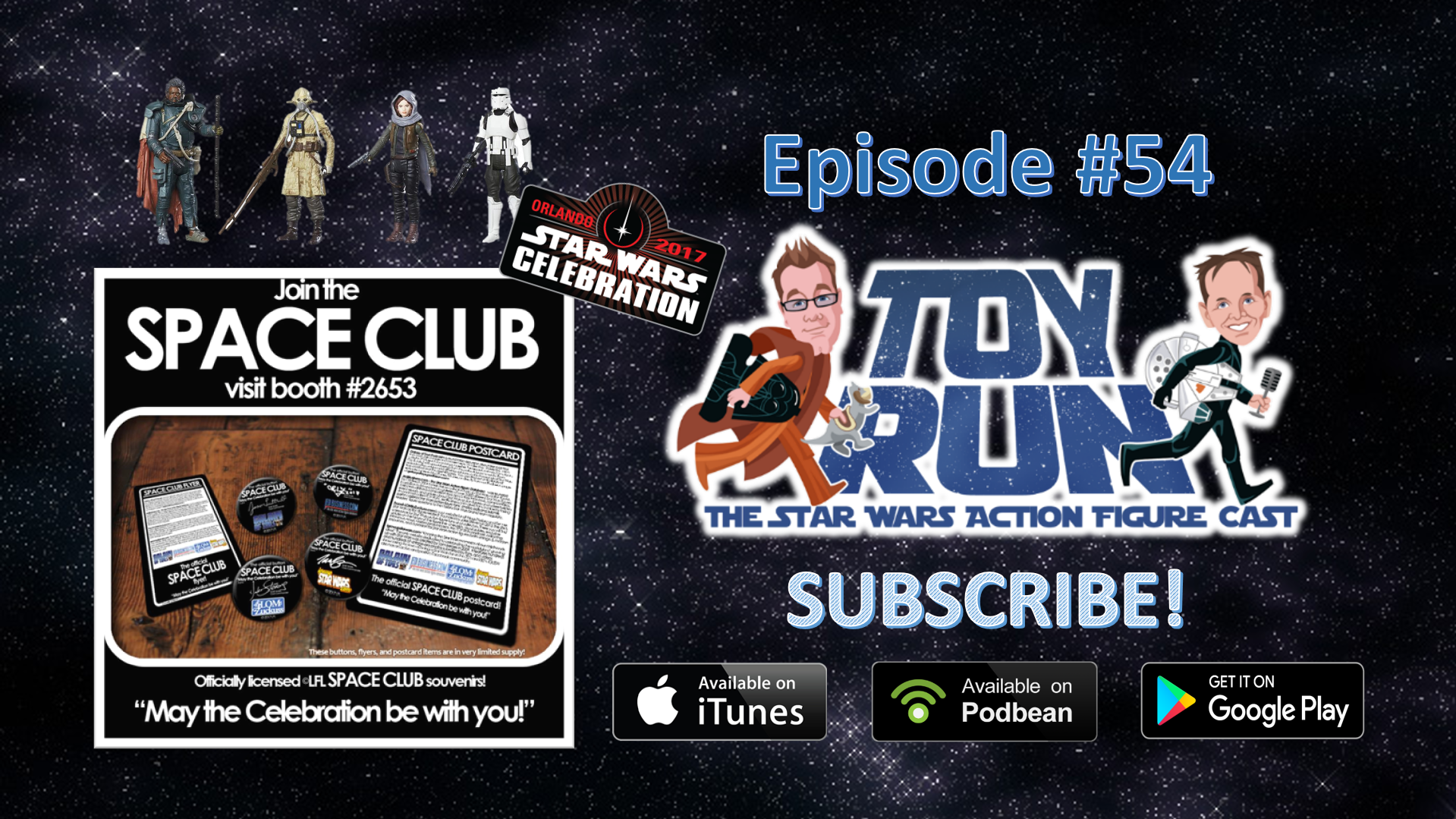 On this week’s episode, hosts Criz Bee and Jake Stevens review Hasbro’s Jedha Revolt 4-pack, recount the week’s toy run successes and discuss the latest Black Series rumors. They also share their excitement and involvement with next week’s Star Wars Celebration in Orlando, Florida and break down the swag giveaways, meet & greets, panels and everything else related to the Star Wars Space Club (booth #2653). Listen now for free and subscribe!

From 4-LOMtoZuckuss.com is a website with laser (blaster) focus on Kenner and Hasbro Star Wars action figures.  Born out of a passion for Star Wars figure collecting, the site was created by Jake Stevens in 2013 and provides articles, pop culture news, checklists, collector resources, release dates, detailed guides, interviews and much more on all things Star Wars action figure related. Working with Hasbro, From4-LOMtoZuckuss.com participates in official Q&As, assists in Fan Choice figure selection polls and publishes information and press releases about new and upcoming Hasbro products. When not covering Star Wars Celebrations, events and comic cons for as a member of the Star Wars press for From4-LOMtoZuckuss.com, Jake is also a frequent action figure panelist at Emerald City Comicon,  a member of Seattle’s SARLACC collecting club, the host of The Star Wars Spinner Rack comic book podcast, a contributor on episodes of RetroBlasting’sStar Wars Follies and along with Criz Bee a founding member of the S.T.A.R.S. (Seattle/Tacoma Area Rebelscum Society) collecting group. Covering everything from 4-LOM to Zuckuss, From4-LOMtoZuckuss.com strives to be an informative resource for collecting Star Wars action figure toys and can also be found on the Community page at starwars.com as an official Star Wars collecting website.