This morning Hasbro Pulse hosted there latest Fan First Friday Live Stream on Facebook. There were lots of reveals made during the stream and for fans of 3 3/4″ line, it was full of surprises. While we anticipate an official press release from Hasbro later today, we’ve provided the highlights for your below. And if you didn’t catch the live stream you can do so here!

They began with The Vintage Collection by showing the video on the Smuggler’s Run Millenium Falcon set coming exclusively from Target at the end of this month. This video debuted a few weeks ago online.

Next, they revealed that the Hondo Ohnaka which is included with the Smuggler’s Run Falcon will be carded individually in the line. He includes a new pill (name bubble) color that is based off of the color of the Galaxy’s Edge buildings. This figure will be available for pre-order today at 1 PM PST on Hasbro Pulse and other major retailers.

Keeping with the modular concept for their playsets, Hasbro announced an amazing A New Hope/Rogue One inspired Tantive 4 playset. This set is so modular that you can buy as many as you’d like as they will combine in a number of ways. While no packaged shots were shown, it was stated that the Tantive will come in Star Wars packaging but the carded Rebel Fleet trooper, now with PhotoReal deco, will be on a Rogue One card back.

Hasbro chose the Rogue One card back for the Fleet Trooper as they are going to celebrate Rogue One’s 5th anniversary next year with a “mini-beat” focus. And to add to that, they are releasing an updated Darth Vader on a Rogue One card. The figure will include a newly sculpted torso and an updated helmet, lightsaber, and robe. Both Vader and the Tantive will be available for pre-order today at 1 PM PST on Hasbro Pulse and other major retailers. 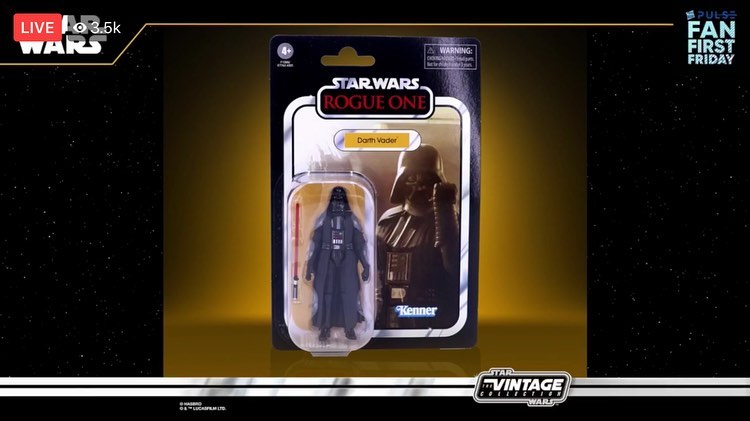 In an unexpected move, Hasbro announced that due to their kid testing, children want more features and articulation in their toys which is why they introduced the Galaxy of Adventures line with action features (which will continue). They acknowledged that 2019 was their first year without a dedicated 5POA kid line. But in this time of change, they stated that would be featuring higher-articulated Star Wars action figures in their future kid-line expressions. While at this point it is unclear if those future expressions will be 3 3/4″ in scale or not.

So with that being said, Hasbro is releasing one last time, sets of 5POA figures for a limited time and in limited quantities before placing the 5POA figure concept in “the vault”. Now know that this does not include the Retro Collection figures as that is a fan-focused line and not a kid line and a line that will return in the future.

To celebrate the end of this line, eight packs are being released, arranged by faction, that will retail for $29.99 and include mostly reissued figures with few new ones all and all will have PhotoReal updated deco. 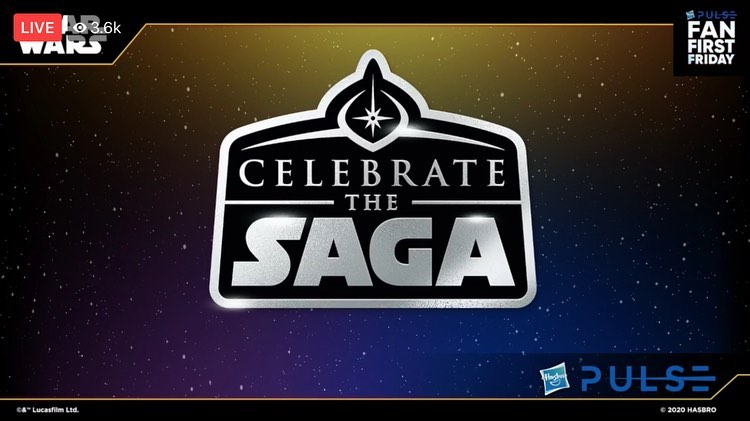 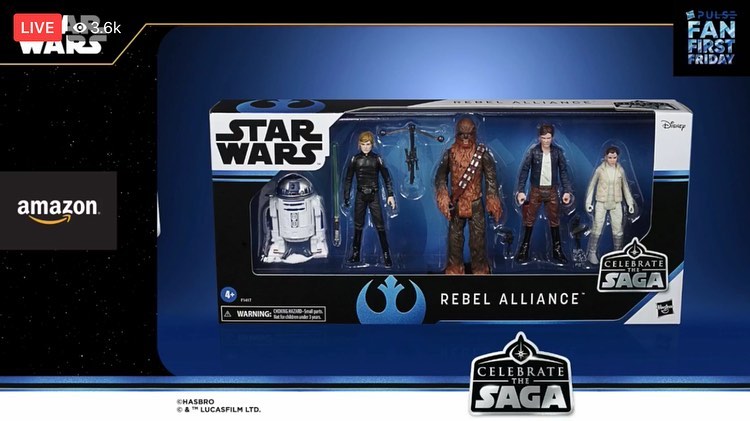 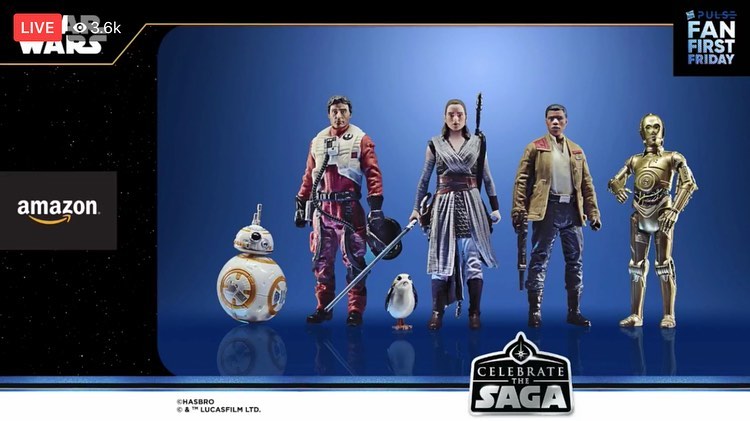 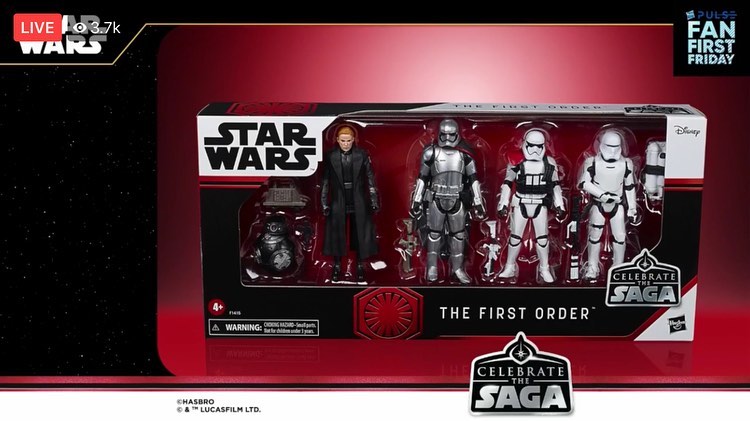 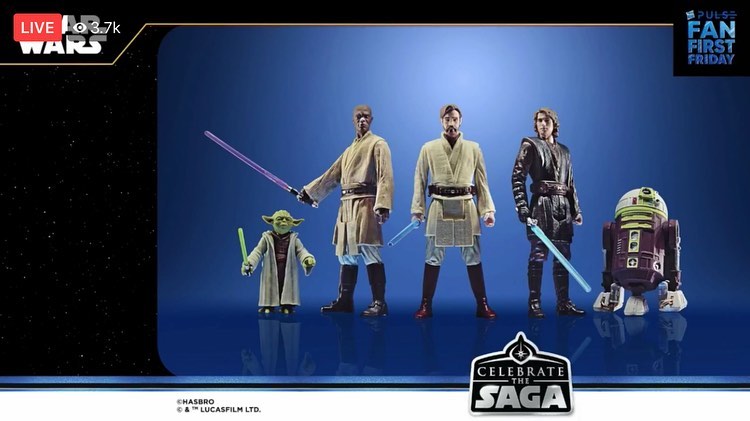 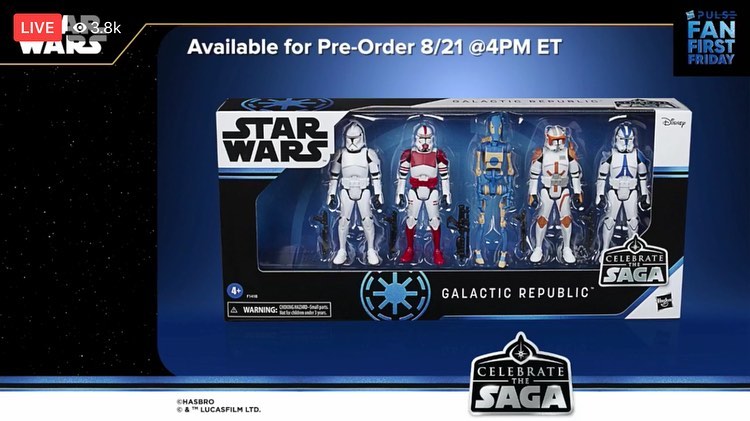 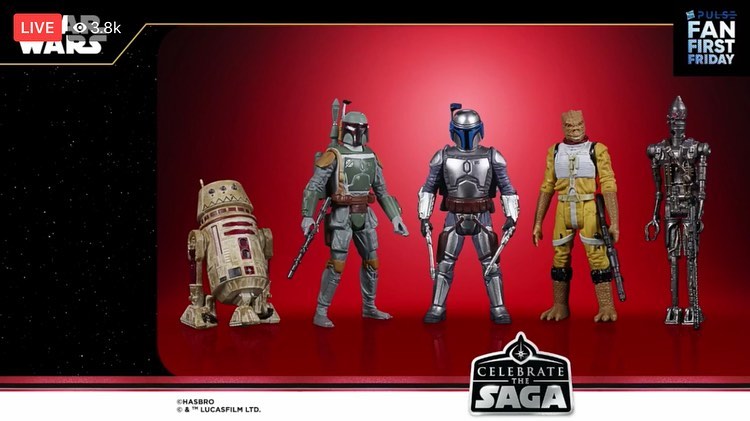 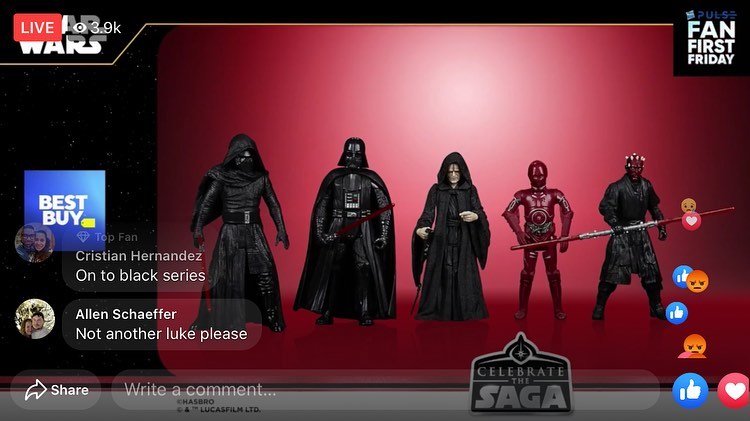 While a majority of the live-stream centered on 3 3/4″ scale, there were two 6″ Black Series reveals as well. The first included another addition to the Gaming Greats sub-line offered exclusively at GameStop and is based off of the popular Star Wars Jedi: Fallen Order game. The Electrostaff Purge Trooper comes with a new electrostaff and Specialist armor and is available today at 1 PM EST at GameStop.com.

The second figure is a Phase I Clone Trooper Lieutenant who will be the first figure to be featured in the new packaging from The Attack of the Clones. This figure will be available for pre-order exclusively from Walgreens on September 15th. 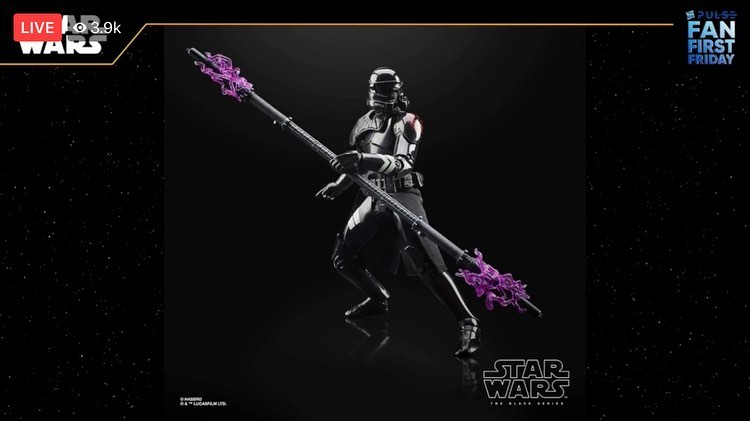 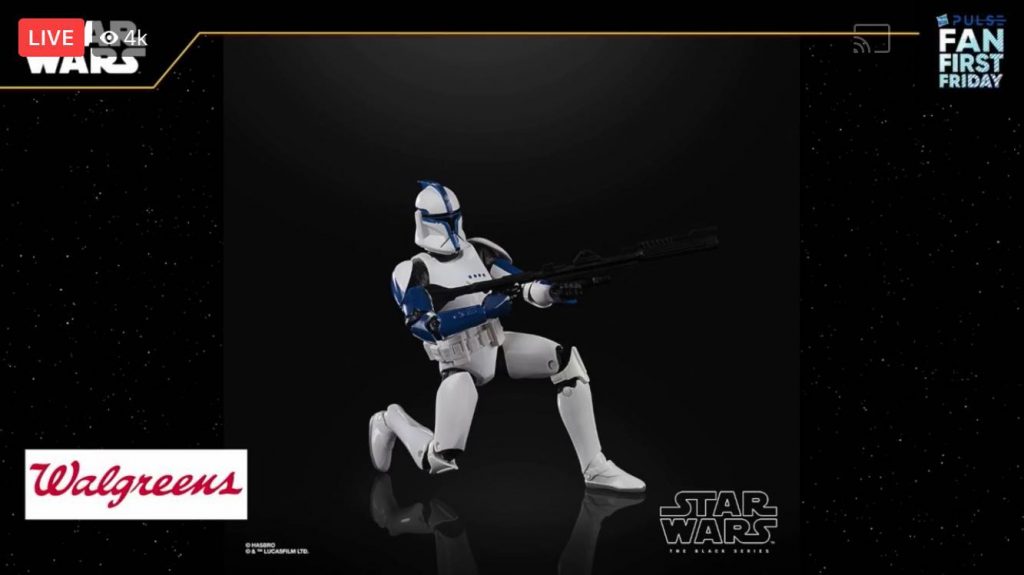 While no details or hints were given, it was announced that Hasbro will begin their new crowd-funded initiative in September. This is a just a few weeks later than originally announced and will once again be a Vintage Collection item.

One of the final verbal reveals was that Hasbro will be announcing this year’s European exclusive next week. These in the past included the Han and Leia Echo Base and Skywalker Strikes 6″ sets.

And finally during the Q&A Patrick and Emily revealed the following:

Look for more details in the official press release and images shortly!