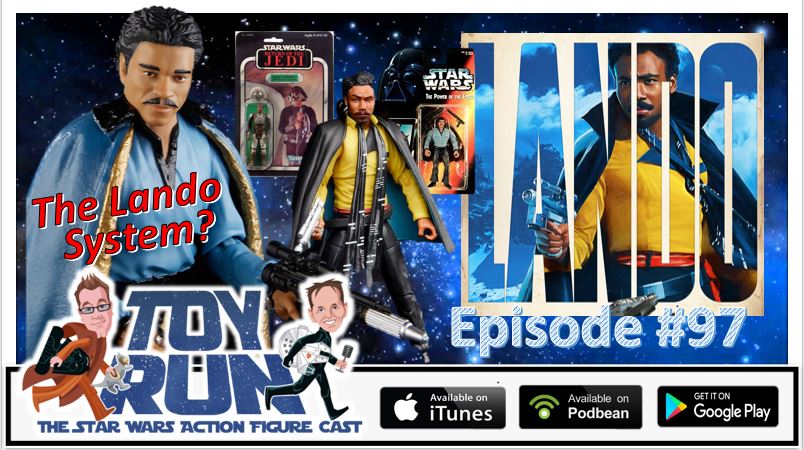 New York Toy Fair 2018 is upon us and your hosts collectors Criz Bee and Jake Stevens break down the week’s Hasbro previews of toys from Solo: A Star Wars Story. Talk of Japan’s D23, the Valentines of the action figure line and a look at friend of the show Bill McBride’s Australian interview. Then in keeping with the theme of the season, Criz and Jake take a look at every Lando Calrissian figure to be cast in plastic and at what’s to come. All this plus the Toy Rundown of the News, this week’s toys runs and what’s happening in the T.R.Nation community on Facebook in Episode 97. Listen today!