Now that New York Toy Fair is just under 3 weeks away, we have begun speculating about what will be shown at the annual Hasbro Presentation.

What we expect from Rebels Saga Legends

Last week’s Jedi Temple Archives reveal helped to answer some early questions about what type of figures we’ll be getting in the next year. 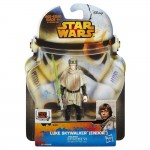 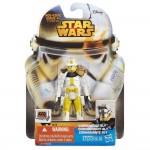 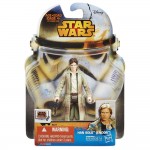 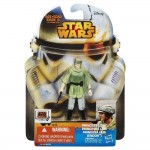 And the answer to that is clearly Original Trilogy centered as in JTA’s reveal it was shown that we are getting 3 more Return of the Jedi figures, 1 Revenge of the Sith figure and 0 Star Wars Rebels figures past number SL14 AT-DP Driver.

Yes of the 25 figures announced so far, only 8 are based on Star Wars Rebels, the line featured on the very cardbacks of this series.

Now some may say we still have 3 figures unaccounted for (SL19-21) so those could be filled with Rebels based figures but to that we will direct your attention to this image leaked by Dan Curto earlier this Summer. 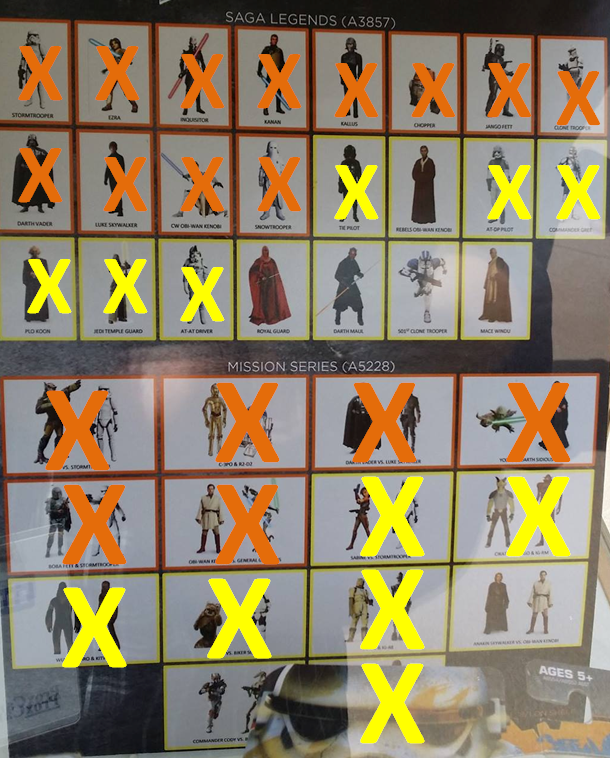 Here you will find 4 yet to be announced figures which will most likely fill in the missing hole in the line and they all come from sources other than Star War Rebels.

So in the Rebels Saga Legends line we expect to see the following:

We also expect to see the TIE Fighter vehicle which was shown in package form last year but has yet to be seen since. Now its absence is not too shocking as it is a Rebels-based toy and as one can see those have been slow to retail.

As for what we’ll see from the Mission Series, it appears we are in the same boat as the Saga Legends line. Of the 17 sets shown so far only 8 are based on the animated series.

We are still in need of a MS12-14 reveal and we speculate those to be:

Since Rebels action figure toys have for one reason or another fallen behind even Hasbro’s expected release dates we do not expect to see too many new reveals at this toy show this year as they still have plenty of product offerings that have yet to come to retail.

What we expect from The Black Series

The Black Series may be where we get some Toy Fair exclusive reveals. Other than expecting carded samples of the second and third wave of the TIE Pilot themed wave, we expect to see a fourth wave which at this point may be the final wave before the line crosses over to the The Force Awakens. 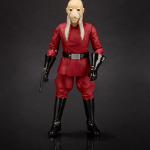 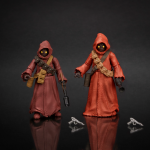 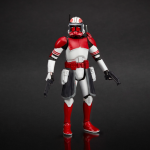 What we expect from The Force Awakens

Hasbro has already let it be know that they won’t be showing any product from The Force Awakens and if the UK Toy Show which happened last week is any indication, they’ll be sticking to their guns as no product was shown publicly. Retailers who were treated to private screens did receive a TFA tote bag which may very well be the first bit of official paraphernalia from the sequel film. 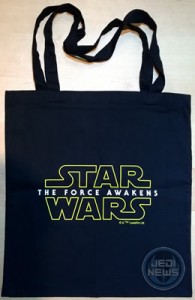 Rumors have circulated that Star Wars Celebration Anaheim will offer a Hasbro preview figure and many, such as James Burns from JediNews, believe it will be announced at Toy Fair.

We’ll find out all in just a few weeks and of course we’ll be providing coverage and commentary both here and on our official Facebook page.

To see a complete list of what Hasbro has announced or shown to date, check out our “Gold 5’s Report” which lists all upcoming Hasbro action figure releases.