If you are anything like us we are extremely impatient for more figures of Original Trilogy characters that appeared in The Force Awakens (ahem Luke). Well with a little seed planted courtesy one of our favorite customizers, Colin Hobbs, we quickly jumped on the opportunity to do it ourselves.

Whether it was intentional or coincidence, the good folks over at Hasbro made the new Han Solo figure’s jacket removable.

Now what’s great about this is this allows anyone who owns the Han Solo (Echo Base Outfit) from 2010’s The Vintage Collection to create a few new The Force Awakens versions of the late smuggler. The browns of the jackets are a near match thus making a simple jacket switch invaluable to those seeking to add to their dioramas. 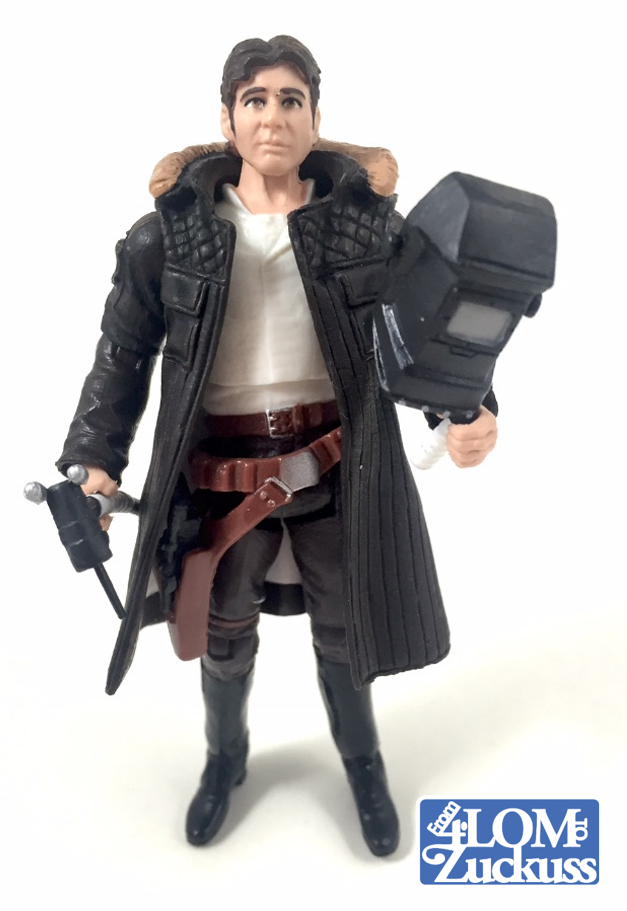 Here we threw in his co-pilot and “Big Deal” from The Force Awakens line to create their assault on Starkiller Base.

The opposite swap provides fans of The Vintage Collection and Black Series to have a super-articulated version of Solo’s appearance in The Force Awakens. And of course, for those truly into customizing their figures a bit of brown and gray paint would be required to show the Corellian’s true age. 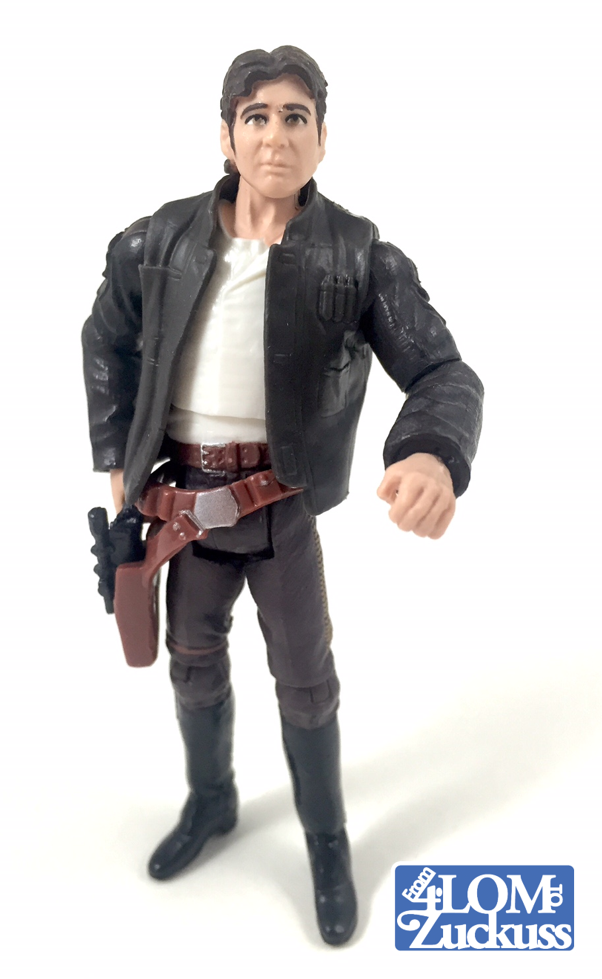 Han makes Rey the “call to adventure” she refuses yet in true hero journey’s fashion accepts in the end. 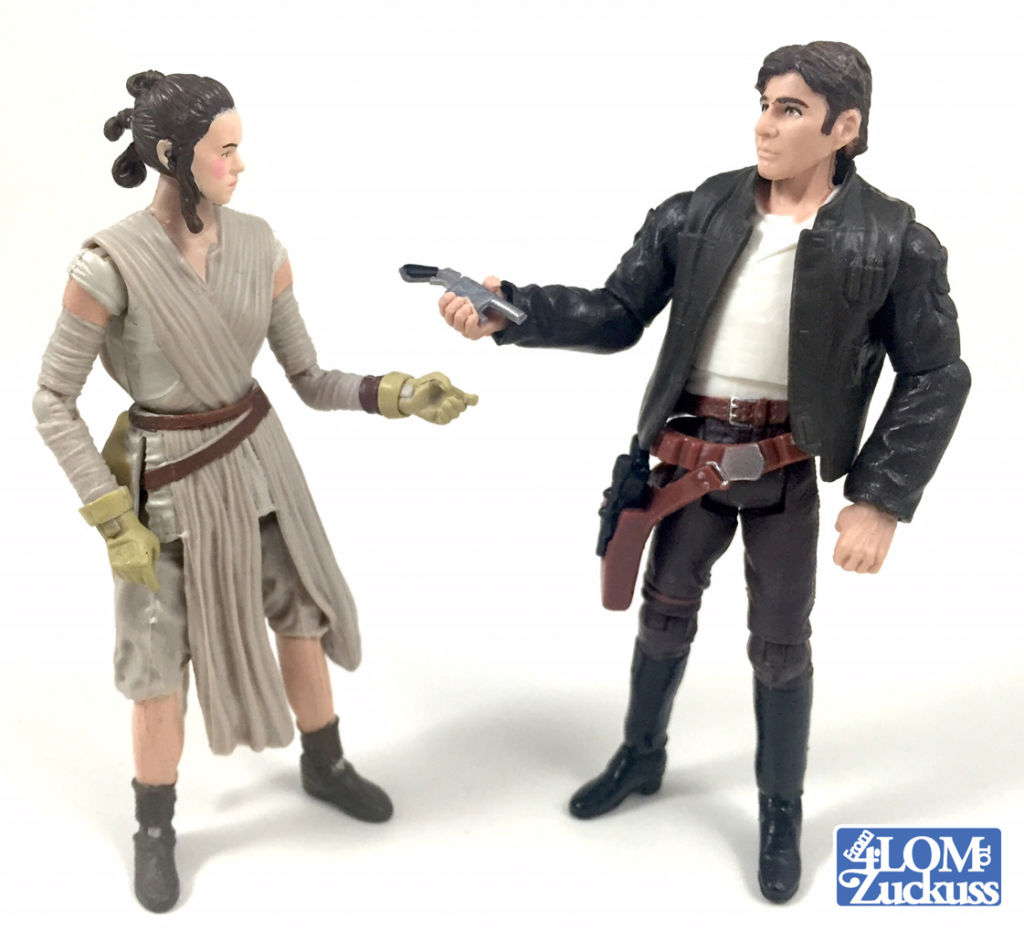 This super-articulated lot who’s planning on taking out Starkiller Base consists of the BMF’s (Big Millennium Falcon) Chewie and Wal*Mart’s exclusive Finn. 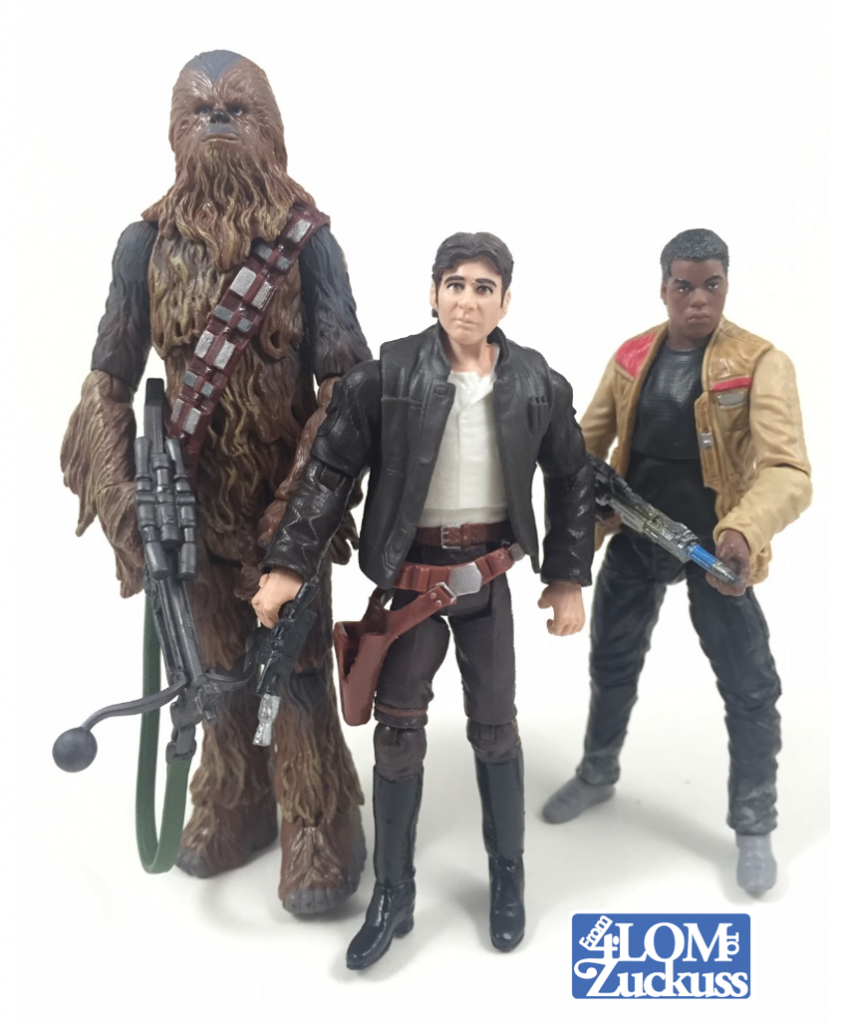 So there you have it folks, until Hasbro reveals future versions of Han Solo these will have to do and until then,